Thank you so much for your interest in becoming an Alchemy Sponsor! We'll tell you a little bit about us, and about the perks of being a Sponsor - just jump to the bottom of the page when you're ready to help us do some good. Naturally, we're a 501(c)(3) non-profit organization and your sponsorship is tax-deductible.

We’re The Alchemists, striving to catalyze that Change we all wish to see in the world.

We hope you’ll join us.

What We've Been Up To

Hailing from the Ohio River valley at the juncture of West Virginia, Kentucky, and Ohio, Alchemy Theatre Troupe is a group of artisans and neighbors from across the artistic and civic spectrum, bound together by their love of theatre and the community around them.

Alchemy Theatre was founded as a non-profit company at the end of 2017, adopting the mission statement:

...to forge powerful connections of emotions and ideas between artists and audiences through theatre that transforms the community.

Over the years, Alchemy has striven to create high quality theatre in a kind, safe, and supportive atmosphere - and to do some good in the process.

Alchemy's inaugural season was kicked off by an Opening Night cabaret performance to great acclaim, and went on to perform A Midsummer Night's Dream in partnership with WV Shakespeare Festival. They closed the season with the intimate and all-woman Love, Loss, and What I Wore.

With their feet planted firmly under them, Alchemy's second season leapt to new heights with 5 shows: an opening Cabaret, the hilarious Picasso at the Lapin Agile, a tropical imagining of Twelfth Night (again with WV Shakes), the haunting musical Dark of the Moon, and Yasmina Reza's ART. 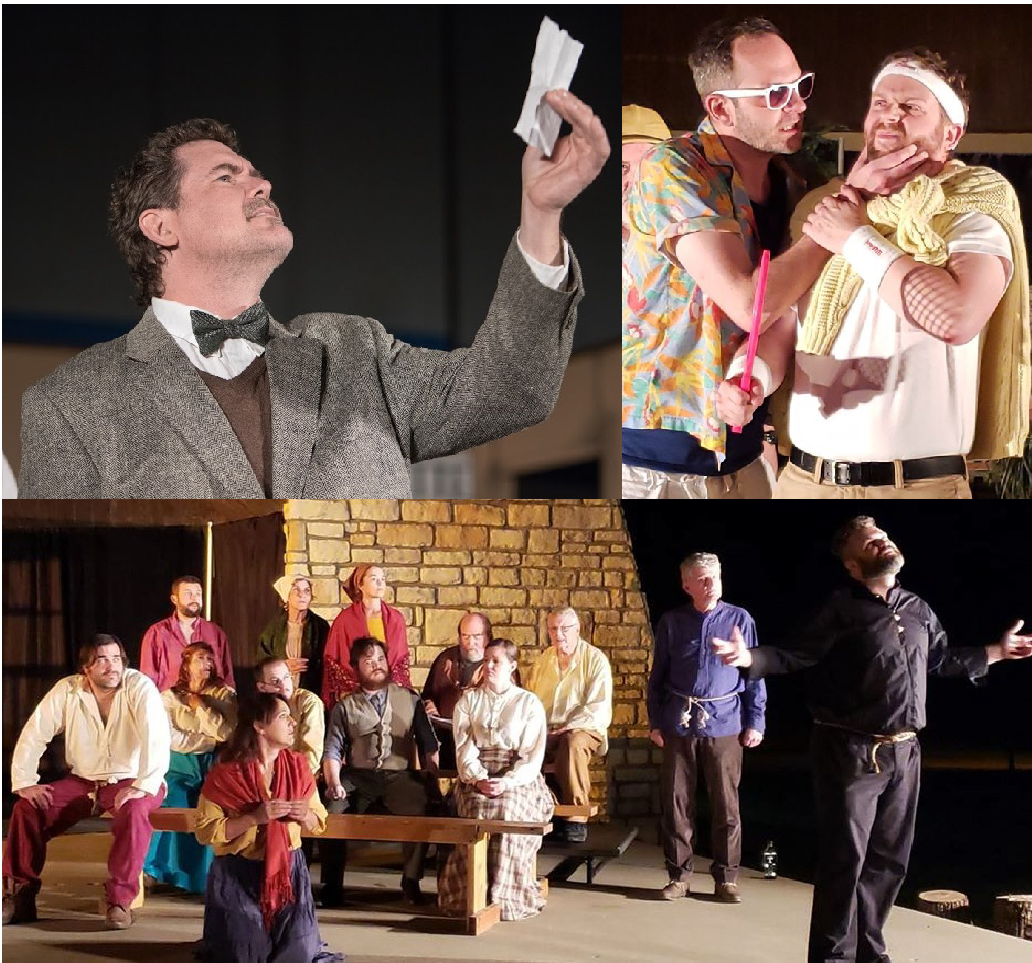 Alchemy opened the 2020 season with an ambitious and adrenaline-fueled production of the beloved musical Follies, right before live performances were placed on hold by the COVID-19 pandemic. Undaunted, Alchemy pivoted - quickly joining WV Shakes and area performers to spearhead The Play's The Thing, a two-part series with group renditions of Shakespeare's classic monologue, "To Be Or Not To Be" from Hamlet and Juliet's "Gallop Apace" monologue from Romeo and Juliet. Alchemy then hosted two socially-distanced Cabaret performances, with patrons watching from the safety of their cars via projection and radio - drive-in style! Alchemy then finally iced the cake with The Tempest, a staged reading with high production values, once again in partnership with WV Shakes.

Alchemy's 2021 season started with an ambitious project - our first feature-length film! Noel Coward's Hay Fever was adapted to screen by Director Stephen Vance, with a cast and crew made up of Huntington's own. The film debuted in May at Pullman Square's Marquee Cinema with a red carpet event and a full house. More showings would follow at various venues over the rest of the season. 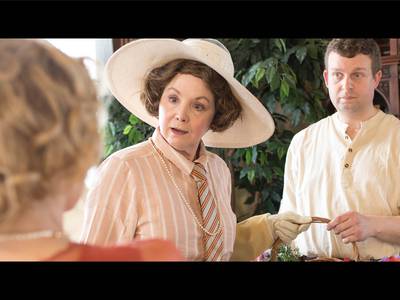 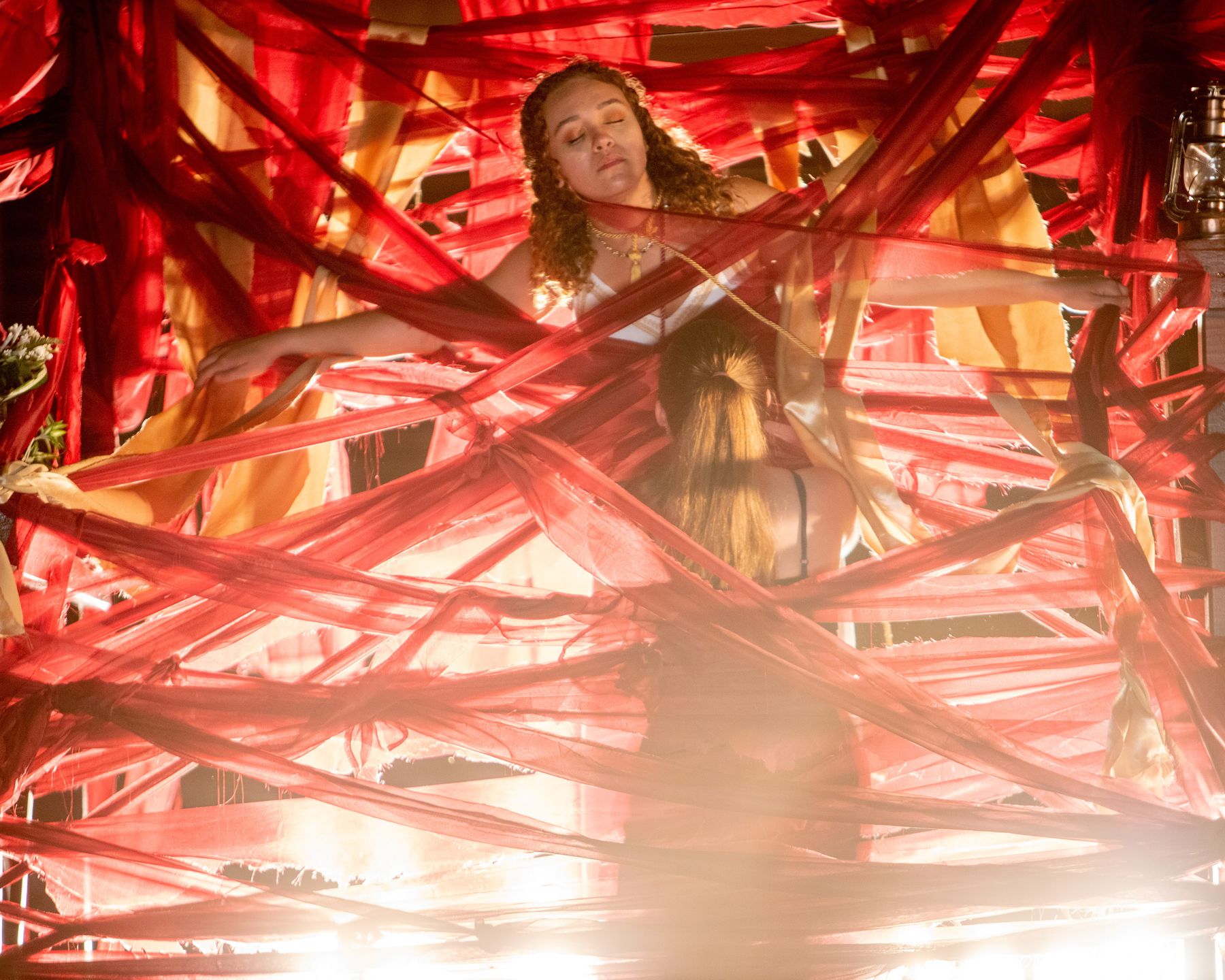 The 4th Annual WV Shakespeare Festival kicked off in June with a beautiful production of Antigone and the side-splitting The Complete Works of William Shakespeare (Abridged), all made possible in part by a generous grant from the West Virginia Humanities Council. In October Alchemy would bring Exit Laughing, a touching comedy with a hilarious twist, to raucous houses. With Leach Turley at the helm, Alchemy collaborated with multiple other area arts organizations to mount a production of The Telltale Lilac Bush in late October, funded in part by a grant from Charleston Creativity Connections and FestivALL Charleston 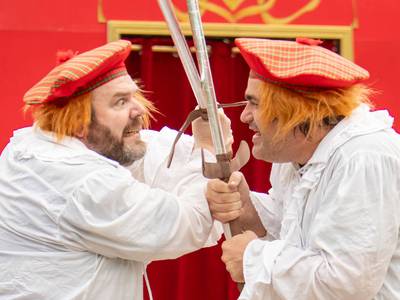 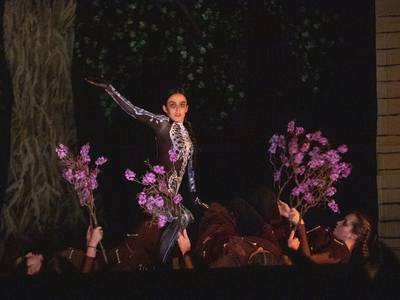 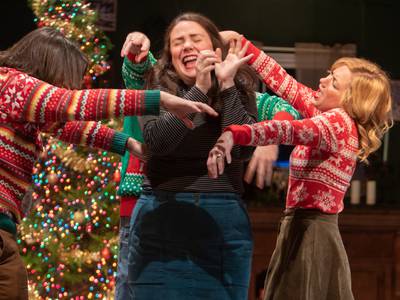 Finally, Alchemy closed out the 2021 season with a Holiday Cabaret and A Cozy Christmas, the first in a series of Hallmark Channel-inspired original plays written by local playwrights Mike Murdock and Simon Woods. 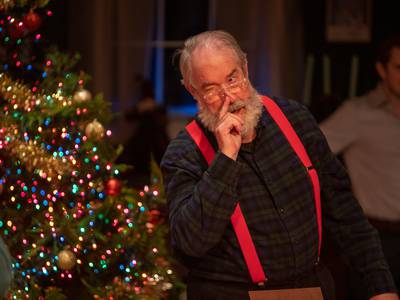 Alchemy's 2022 season, Conquering Calamity, kicked off with a new venture in our first New Works Festival, in which adult and high-school playwrights from around the area submitted their works for staged readings by Alchemy's talented actors, followed by feedback from those in attendance. 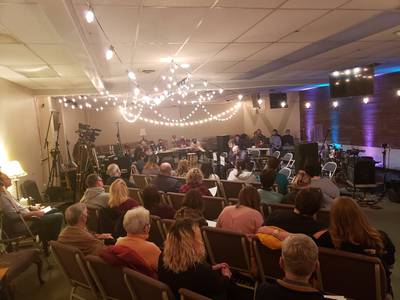 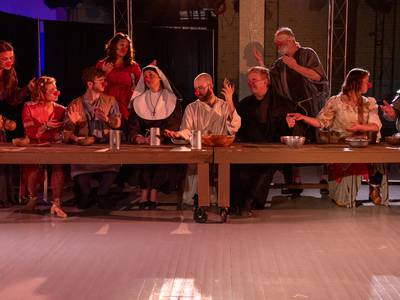 For the next several months Alchemy and the crew of the previous season's Hay Fever would work to bring two pilot episodes of a new television show to fruition: equity by Mike Murdock, a hilarious look into the lives of the performers and staff of a professional regional theatre company as their world is turned upside-down. 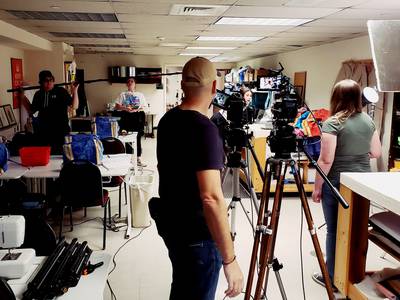 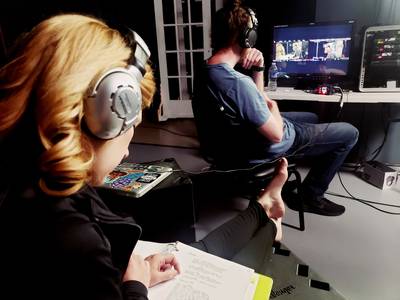 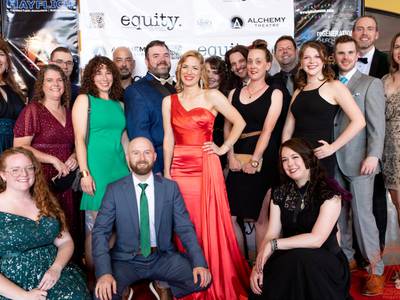 The 5th Annual WV Shakespeare Festival would open in August with a raft of workshops and special guests at Huntington City Hall. Festival goers came in droves to see Alchemy's production of Return to the Forbidden Planet, a jukebox musical based loosely on the 1956 film Forbidden Planet and riddled with references to Shakespeare's works. Alchemy would also debut an abridged production of Shakespeare's Taming of the Shrew, which would then travel to area schools as part of Alchemy's Shakespeare on the Road program. 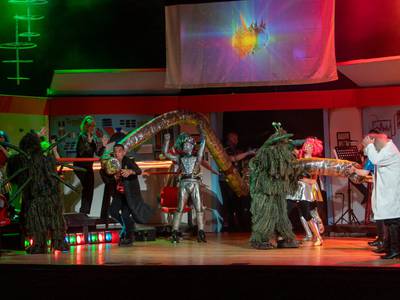 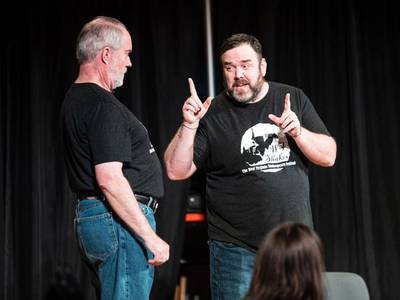 October brought audiences to the edge of their seats with the thriller Wait Until Dark, a stage adaptation of the acclaimed film. Finally, Alchemy would close out the season with a bang with a Season's Greetings Holiday Cabaret and season announcement party, followed by A Cozy Wedding, the second in a series of Hallmark Channel-inspired plays by local playwrights Mike Murdock and Simon Woods. 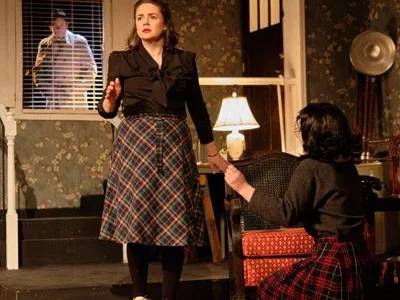 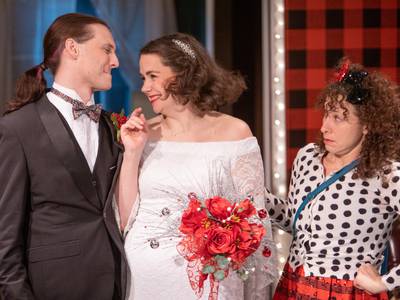 Alchemy's 2023 season, If You Knew My Story, promises to be one of our most exciting seasons yet! Kicking off with the 2023 New Works Festival, Private Wars in February, multiple episodes of equity filming in the spring, the acclaimed musical Bright Star and The 6th Annual Shakespeare Festival followed by the family comedy Making God Laugh in the early fall. We'll wrap up the season with the third and final (?) installment of the Hallmark Channel-inspired Cozy Series by local playwrights Mike Murdock and Simon Woods.


We hope you'll join us. 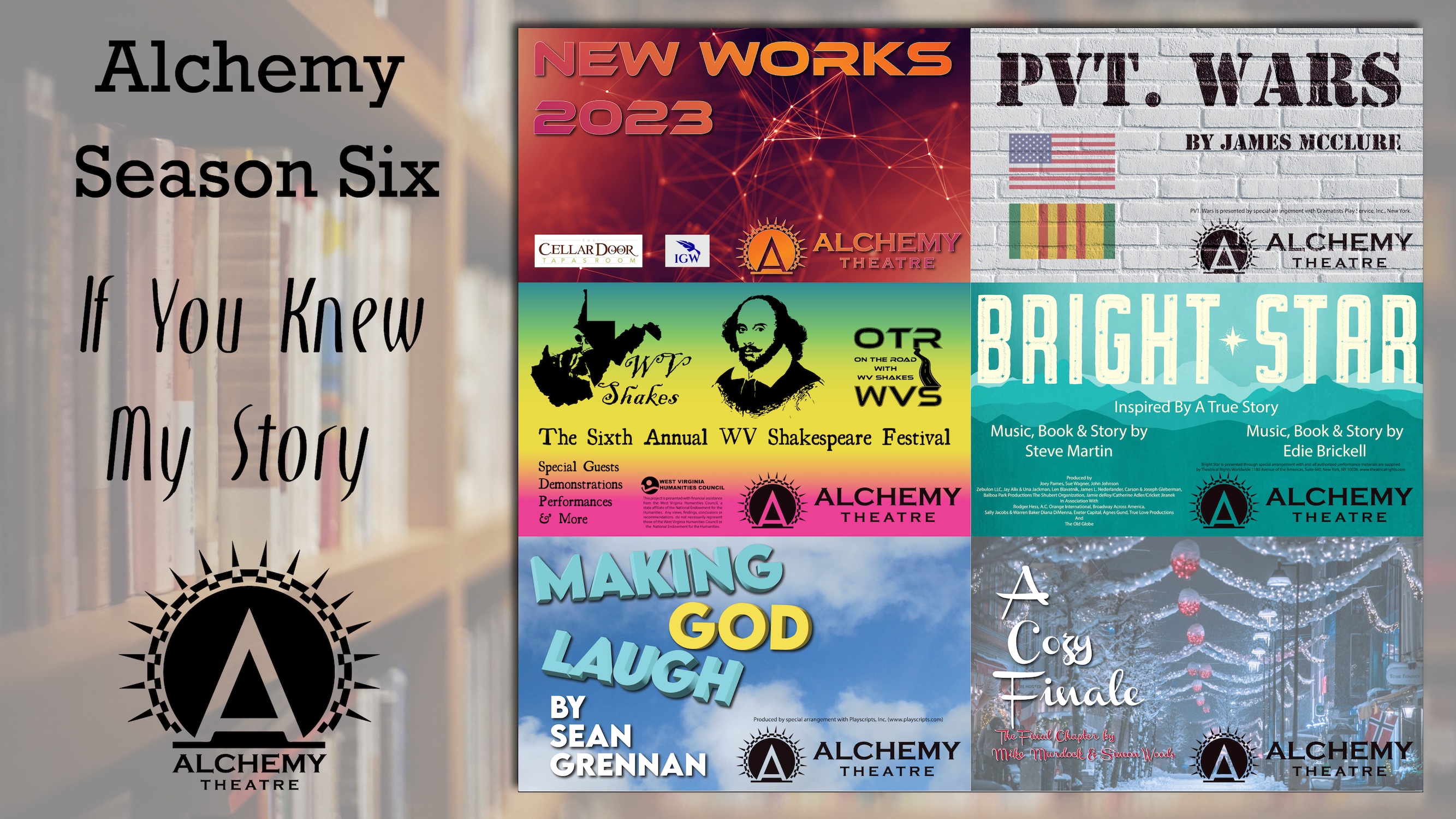 The Alchemists have grand plans for the coming season, and new partnerships! 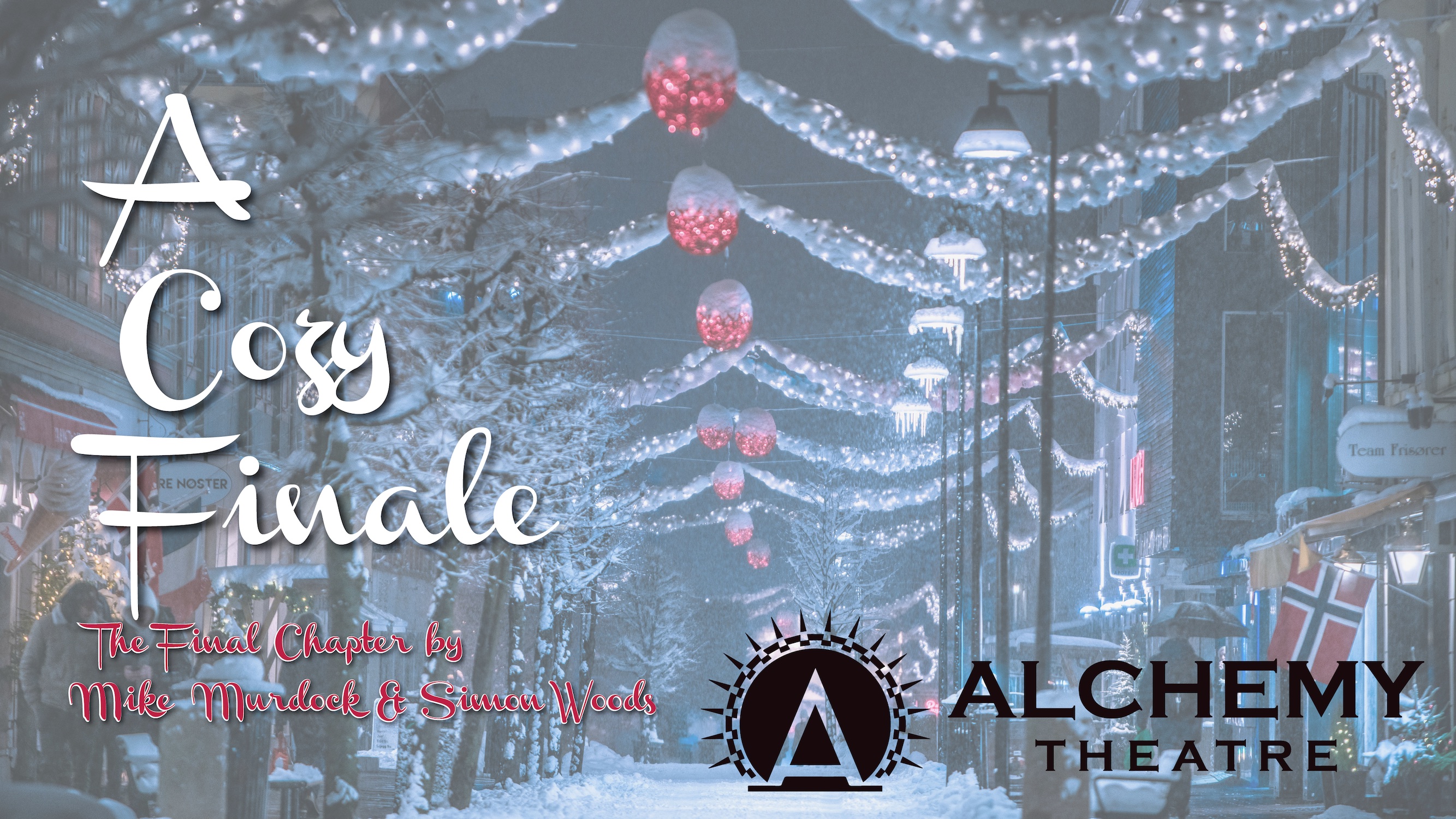 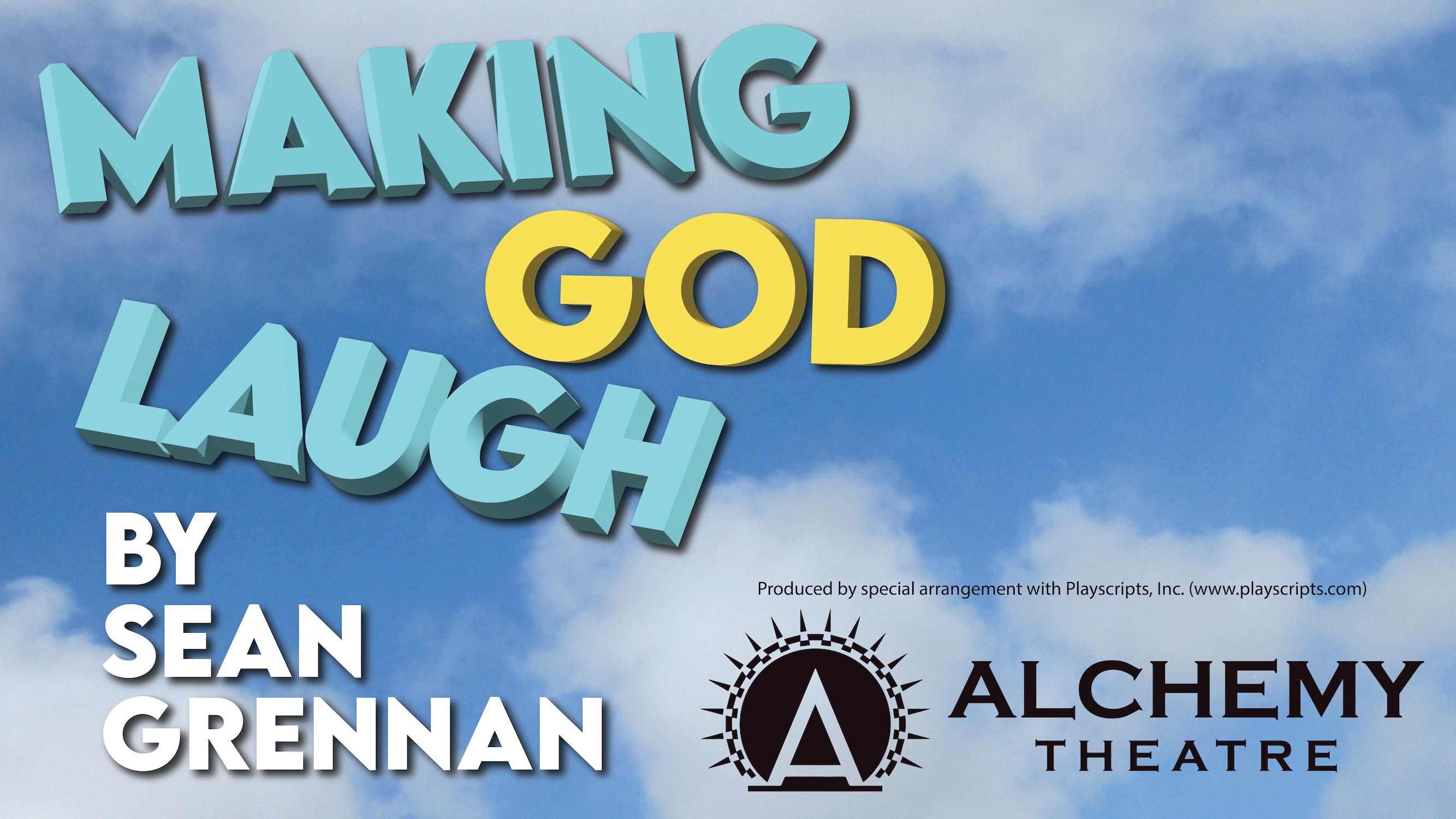 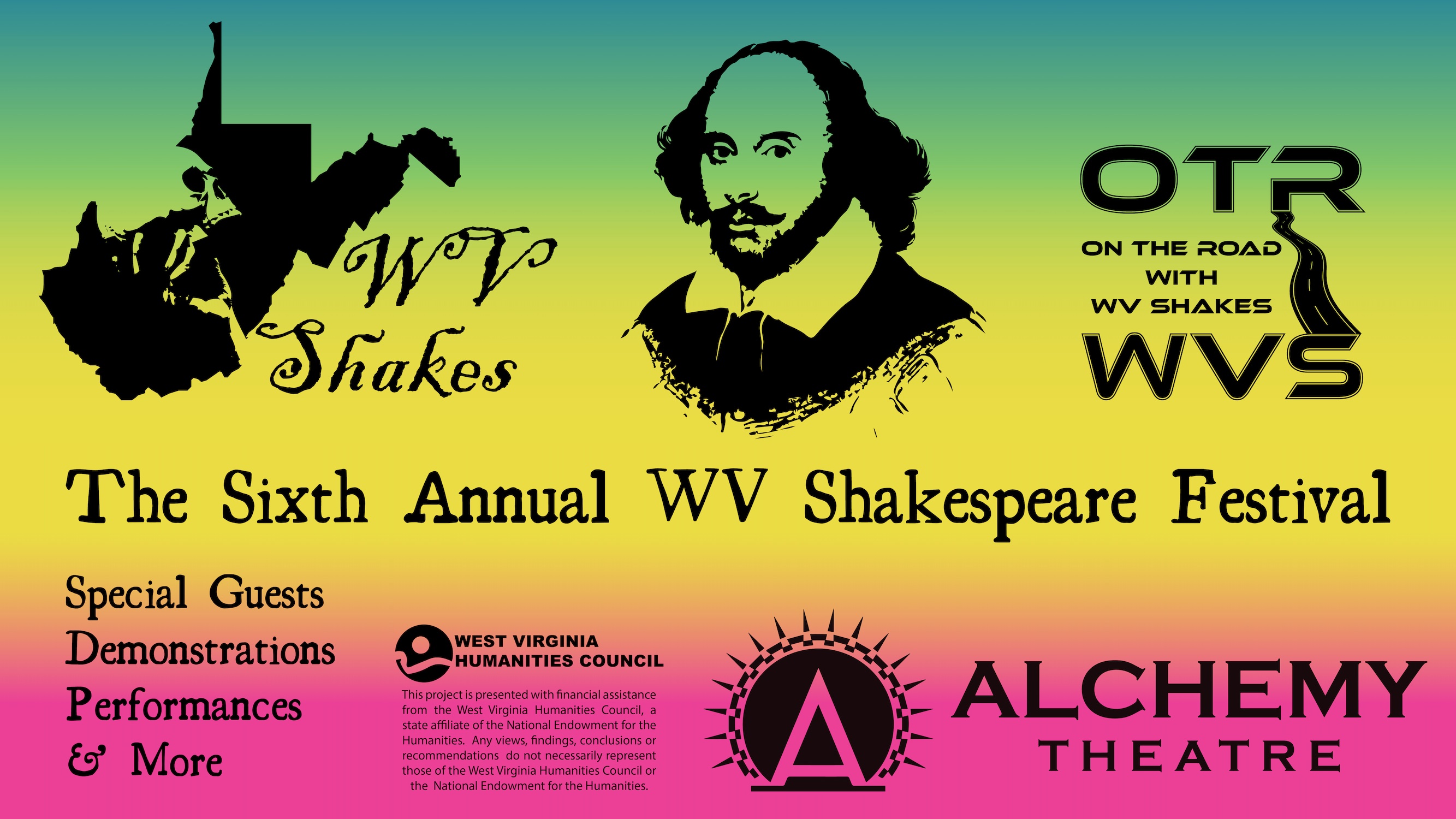 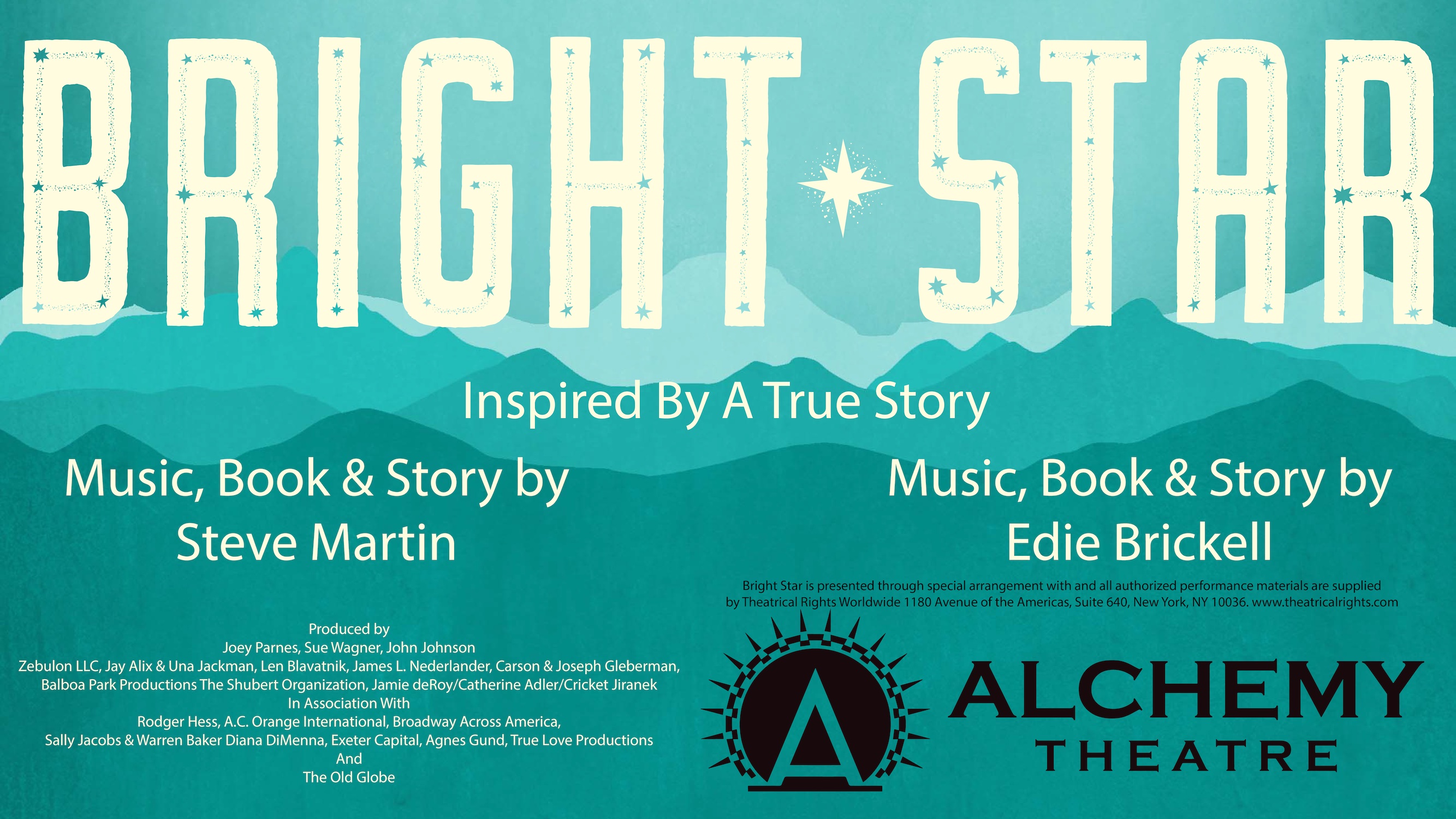 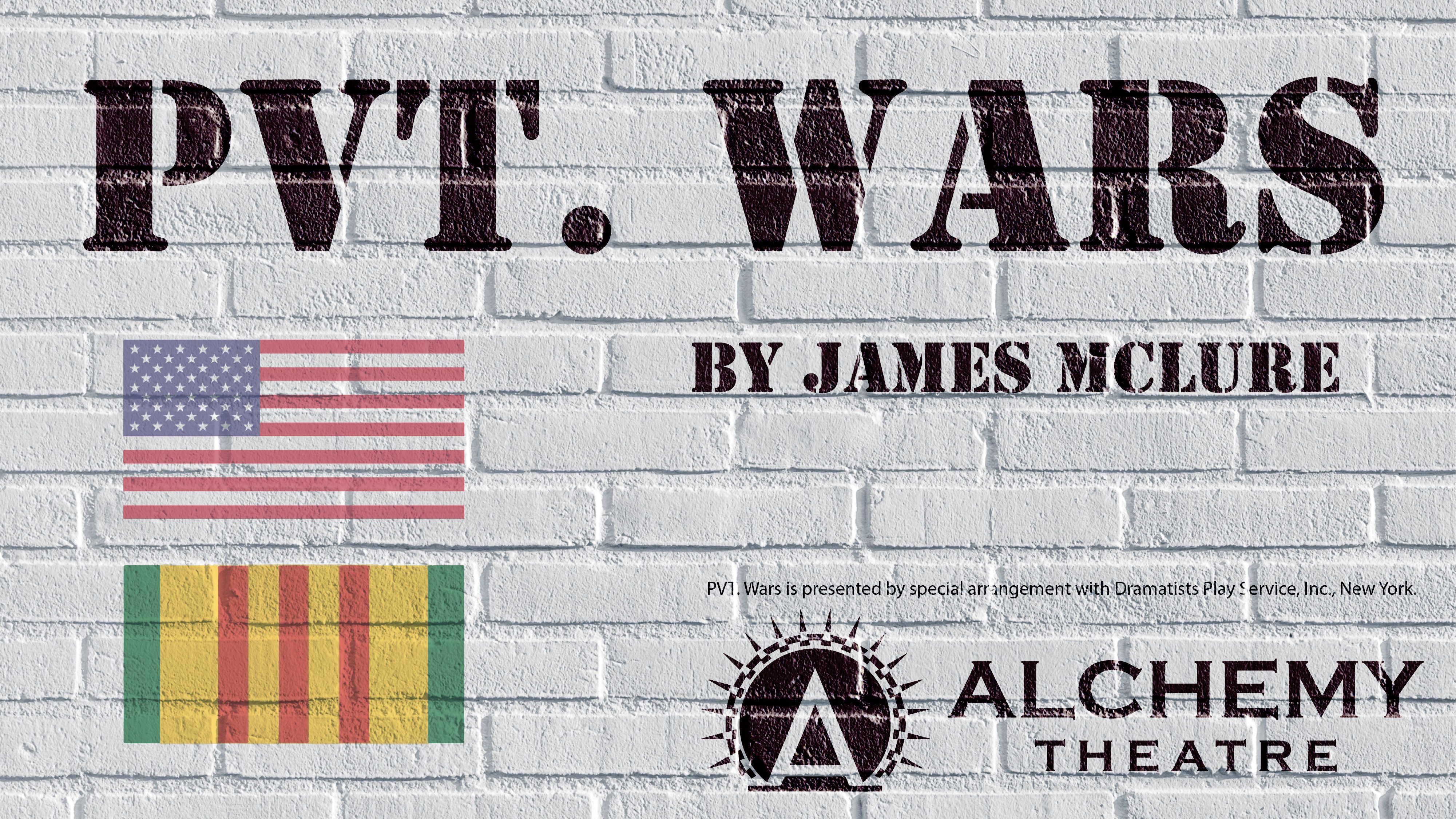 Theatre That Enriches The Community

Make Magic With Us!

There are multiple ways you can sponsor an event or program with Alchemy:

Whatever your resources may be, your contribution supports our work and allows access to exclusive partner benefits.

We Alchemists are so very grateful to our Season sponsors, and do our best to show that appreciation.
Season Sponsors enjoy special perks online and at each show, depending on sponsorship level:

Your sponsorship donations are tax-deductible!

Donate as a Season Sponsor

We Alchemists very much appreciate every advertiser, and all our sponsors.
Show sponsors enjoy special perks online and at each show, depending on sponsorship level:

Your sponsorship donations are tax-deductible!

Donate as a Show Sponsor

Thanks For Your Consideration!

Want to help us in our mission? We hope so!

Your donations are tax-deductible! Help Us Find a Home

We know that, sometimes, people like to have concrete things to give their money to - this is it.

Every dollar earmarked for Alchemy's Capital Building Campaign will be used to purchase a building (including needed inspections, realtor costs, and other hidden costs, etc.). Every dollar afterward will go toward the upgrade / restoration of the building once it is purchased - lights, sound, flooring, seating, HVAC, etc., as needed.

Help Us become the most desirable live entertainment venue in the area. Give big, give often. Give small, give once. Just give.

Thank you, as always, for your unending support in helping create something truly special for our area. We are all a part of something great and it is because of you and your generosity.

Donate to our Building Campaign

Tell us what Alchemy Theatre can do for you, and we'll get back to you as soon as possible.

Your message has been sent. Thank you!
Oops! There was a problem submitting your comments. This is most likely an issue on our end. Please try again later. If the problem persists, please email support@alchemytheatretroupe.org and let us know!